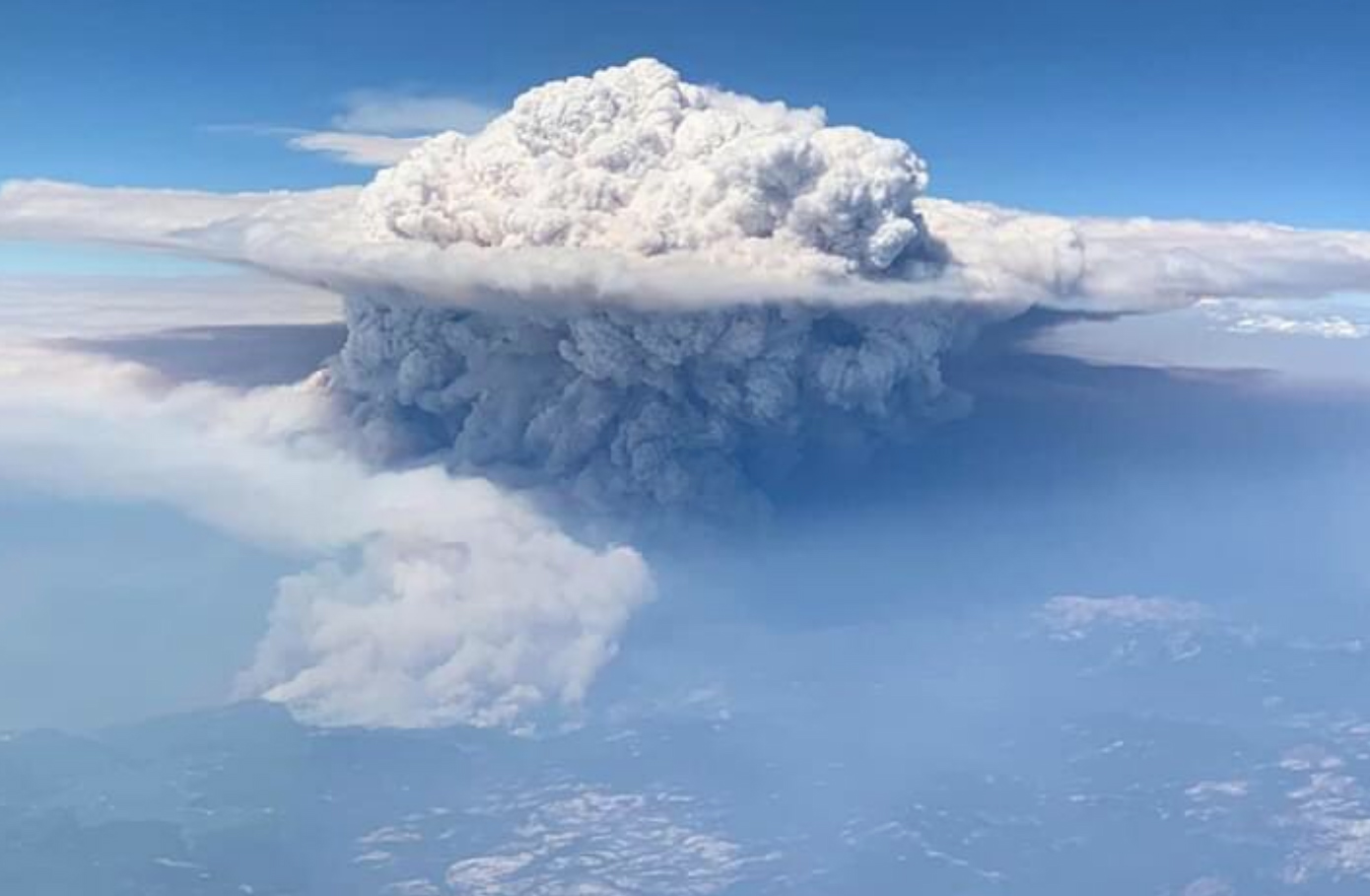 Richard Widick is a Sociologist and Visiting Scholar at the Orfalea Center for Global & International Studies at UC Santa Barbara, where he participates in the Environmental Justice and Climate Justice Studies Research Hub (EJ/CJ). He is author of Trouble in the Forest: California’s Redwood Timber Wars (University of Minnesota Press, 2009).

A great many reasons suggest that studying California as a distinct entity will be crucial for effecting the deep culture shift described in the NXTerra Vision.

California’s $2.747 trillion economy is the 5th largest in the world, larger than all but four nations (only the US, China, Japan and Germany are bigger) [read this].

Culturally, the global impact of California includes the collective forces of Hollywood, Silicon Valley, and its two massive public university systems: UC and CSU — three sub-sectors of California’s public culture the powers of which illustrate its global reach.

These massive cultural economic, public and government forces work in concert to make California a trendsetter and testing ground in the field of environmental governance.

In Trouble in the Forest I discovered that, in order to study the struggle to save California’s ancient redwoods, I needed to create an historical and analytic framework to account for these relatively independent economic, public and political spheres of social life.

I learned to describe what I see in the world of social and environmental exploitation as a perpetual public sphere struggle over property rights—in every domain, at every point of conflict, and at the heart of every grievance and every social movement, I discovered that the key questions determining outcomes are: who will be given the right to own what, and how will those ownership rights be allowed to be exercised?

Why is this? Because individual rights are at the center of the founding speech and the founding documents that set up the United States as a set of reciprocally determining but relatively independent spheres of social life in the first place.

Individuals (and corporations, now treated as individuals by the law) have the right to own property, while at the same time they have the right to assemble and speak freely what is on their mind and to participate in the process of self-governance.

The end result is a rich public culture in which economic interests proliferate and conflict with other interest groups to freely self-educate in the effort to govern and regulate all of social life.

See the Introduction to Trouble in the Forest for a full explanation of this historical, analytic approach to understanding environmental conflict in the state of California.

I am now taking the same framework and scaling it up to analyze the growing global conflict over climate change, which I study using integrated methods of theoretical ethnography, social history, critical race theory, critical class analysis, and critical gender formation theory.

Climate educators desirous of current research and data on how global warming and climate change are and have been affecting the state of California will want to read Indicators of Climate Change in California (2018 OEHHA report, State of California).

InciWeb: Table of Incidents– This catalogue of wildfire incidents in the US includes links for studying each of California’s 2020 wildfires.

New York Times, December 11, 2020:  “They’re Among the World’s Oldest Living Things. The Climate Crisis Is Killing Them” — California’s redwoods, sequoias and Joshua trees define the American West and nature’s resilience through the ages. Wildfires this year were their deadliest test.  FIRE MAP – California 2020 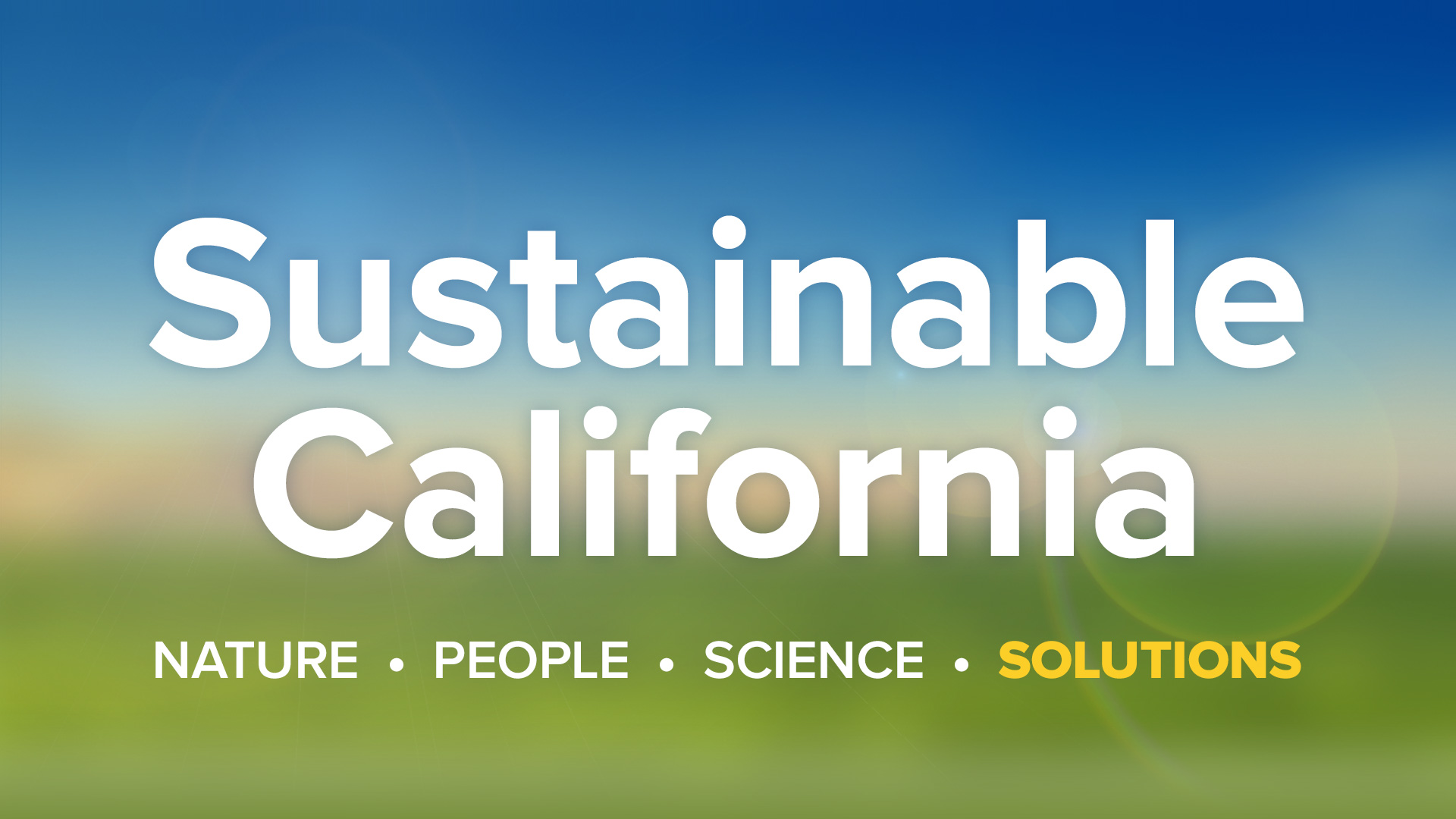 Sustainable California is a University of California Television (UCTV) channel, films and lectures of varying length on topics including Biodiversity, Natural Resources, Low-Impact Living, Water, Flora, Earth, Fauna, Atmosphere, and food, among other.

Time Lapse of Flammagenitus or Pyrocumulonimbus clouds from the Loyalton Fire, August 15, 2020

Incredible footage of clouds being generated by the heat from a fire about 30 miles away from me.

The duration of the wildfire season is longer and catastrophic wildfires are increasing in frequency due to climate change. There is clear evidence of an association between wildfire smoke and respiratory health.

UCTV: Killer Heat in the United States (read the 2019 Report)

Throughout the US and around the world, extreme heat is on the rise. It’s a trend that many of us have perceived even in our own lifetimes. We talk about how heat waves have gotten hotter, less bearable. Kristina Dahl, PhD Senior Climate Scientist, Union of Concerned Scientists, explains that extreme heat already presents serious dangers to our health and livelihoods. She looks at data and talks about the future. Recorded on 04/28/2020

California reached its goal of reducing emissions to 1990 levels four years ahead of the 2020 target date. Robert Epstein, co-founder of Environmental Entrepreneurs, takes a look at was is and is not working as we plan for an additional 40% reduction by 2030. He also examines California’s role in reducing worldwide emissions in both developing and developed countries. Series: “The UC Public Policy Channel”

Trouble in the Forest is the book in which I establish the historical and theoretical coordinates for my ongoing climate research at the University of California’s Orfalea Center for Global and International Studies.

It is a place-based single case study — a 150 year social historical and theoretical ethnography of the colonization of California’s north coast redwood region by the US national imaginary — the economic cultural engine of American expansion.

As a teaching resource, its potential lies in its rootedness here, in California, and in one of the great ecological defense dramas of the late 20th Century — California’s north coast redwood timber wars, in general, and the Save Headwaters Forest campaign, in particular.

Teachers and students alike will find numerous stories useful for teaching California’s environmental history — from its colonial era of Indian wars, its modernization era of industrial redwood logging and the consequent labor struggles, and finally its deforestation and consequent forest and river defense struggles that ultimately left 96% of the ancient redwood forest cut, 3% conserved in parks, and less than 1% still held in private property ownership—but which tiny portion still inhabits the center of today’s 21st Century redwood country timber wars.

From the rear cover:

“Trouble in the Forest is a first class work of considerable importance. There is no equivalent book to this one in the study of the conflict over the California redwoods, even though it is on of the emblematic struggles of modern environmentalism.”

“What Mike Davis has so memorably done for Los Angeles County in City of Quartz, Richard Widick has now done for Humboldt County in this provocative narrative. Through the prisms and perspectives of history, social theory, contemporary conflict, and analysis from a global/local point of view, Widick evokes a clash of civilizations pitting unregulated capitalism against an increasingly militant reformist concern for the survival of the planet.”

EXCERPT FROM THE PREFACE  (published here with the addition of one very long sentence I did not include in my final copy edit, but now wish I had!):

“The Wiyot genocide helps explain why there are no running historical accounts of the seaborne colonization of northern California’s Humboldt Bay redwood region handed down to us from Wiyot elders. There is no comparable archive of Wiyot language counter-narratives to challenge the colonizers’ own stories of discovery, conquest, appropriation and settlement of Humboldt, or of the liberal democratic-republican nation they represented; the Constitution about which they continuously spoke and which channeled their labor into modern, western, rational institutions; the formation of local governments that subjected redwood peoples and their territory to religious, patriarchal, racial and scientific knowledges; the signification of the First Peoples’ places as private property, for whites only, for farming, for mining, and ultimately for the lumbering that would become the dominant industry; the construction of a free press and its continuous, spectacular symbolic display of liberal national mores; the building of ports, farms, forts, schools, churches, hospitals, mills, highways, railroads, telegraph lines, telephone systems and finally the Web; the ceaseless waves of immigration; the proliferation of fraternal organizations, all vying for control over small regions of morality; the local race and culture wars that followed them wherever they staked out their rival claims; the industrialization of economic life, which socialized production and created new classes and forms of class consciousness; the mechanization of production, which transformed all of the redwood communities of labor and environment; the labor unions that struggled to transform the practical rights of work and property in the redwood logging empires they built; or the deforestation that industrial commodification of redwood ecology visited on the coastal range and its First Peoples’ territories. Between 1850 and 1990 more than ninety-six percent of the ancient redwood forest fell in the name of this cultural onslaught.

But these local stories of capital culture and the American nation-state reaching into redwood ecology and Indian territory were told and printed and archived in the English language–the new world’s hegemonic tongue–and so these are the texts that shape the experience of every new scholar of the place of Humboldt.

Trouble in the Forest is my search through these textual ruins of capital culture in the bay redwood region, seeking a sense of that colonizing culture’s knowledge and power–the motor, in other words, of its institutional dynamism. Fifteen decades of capital in Humboldt structure this place and the contemporary redwood timber wars that animate it, ensuring that the struggle over ancient forests would in fact be about much more than trees. It is a battle for the future, over how this place has been and thus how it will be known–over how it has been and will be recognized and represented and how its peoples’ constitutive memories, energies and attentions will contribute, or not, to emergent global civil society. The place we discover here today is an outcome of this ongoing struggle over local knowledge, but it also feeds into a larger struggle–perhaps the greatest humankind has ever faced. We are entering an era of planetary ecological crisis, in which leading establishment environmentalists like James Gustave Speth concur with the Union of Concerned Scientists and socialist environmental theorists like John Bellamy Foster that capitalism as we know it today cannot sustain the environment.  For this reason we critically need studies of specific places–like Humboldt–to help us understand why.”

EXCERPT FROM THE CONCLUSION:

“When we shiver in witness of untimely death, or flush in the warm celebration of extraordinary life, or shudder at the gravity of syndicated forces towering over us and acting on the world as if free of constraint, the thick veil of routine that obscures so much of the social world grows thinner for a moment or is cast aside completely. The routines of life, for an instant no longer inured to the urgency of historical forces, quicken to their pace. Exemplary figures identify us and bind us to the unfolding story. We find ourselves attached to the plot. David “Gypsy” Chain, Julia “Butterfly” Hill and the company town of Scotia are elements like this in the timber war story. They take us over the threshold of daily life, attracting our attentions away from habitual concerns and channeling them into Humboldt’s public culture of environmental conflict. They are living, symbolic and built mediators–messengers, in other words–if we choose to listen in. Their particular transmissions are concrete expressions of the modern social imaginary in the redwoods” (Widick 2009:277).

Trouble in the Forest Reviewed, Environmental History 2012, by Shapiro.

Earth’s global surface temperatures in 2017 were the second warmest since modern record-keeping began in 1880, according to an analysis by NASA.

An atmospheric river travels across the Pacific to California Oct. 25 to Nov. 2, 2014. White colors are clouds, light blues water vapor, and green to red precipitation.